The UK needs to increase exports in 2021.

Exporters have always played a vital role in stabilizing the economy of the country. Sustainable economic growth indicators, mainly rely on the volume of exports for any country in the world.

The COVID-19 pandemic has severely affected the most stable economies of the world. The United Kingdom stands among those countries that are facing the worst ever economic meltdown conditions for 300 years.

Increased financial assistance from the government to support businesses during lockdowns, and furloughs. Large increase in costs supporting the NHS, and for patients under treatment.

Preventive measures to stop the spread of the virus have severely affected the financial position of the country. This will last for most of 2021.

The UK has now left the EU group of nations, but is fortunate to have finalised a free trade agreement for goods. Brexit is over, but it will make it harder and more difficulty for the country’s exporters to expand in the European Union.

During tough financial times, where revenue generation is facing a sharp decline, and expenses remain high. Costs are still increasing due to the COVID-19 crisis.

It is now more than ever, time to encourage all types of businesses to consider exporting. The country must increase exports to support economic growth. Currently, the UK is importing more than its exports. Nearly 10% of all UK businesses are exporters. This mainly in the Services sector which are not covered by the trade agreement. See UK Exports.

There is a huge potential for many businesses to become an exporter and enjoy real financial benefits. Time to think about the possibilities. See the UK Government exporters guide

Why does the United Kingdom need to increase the number of exporters?

At the moment, only 10 % of the companies in the United Kingdom export their products. This percentage is even lower than many developing countries. Now is the time for businesses in the UK to discover methods they can use to increase exports, and increase profits, along with boosting the country’s economy.

The percentage of unemployment right now is at a moderately high level, and increasing. The government could provide more support and training to increase the number of exporters.

By boosting exports, the United Kingdom would be able to generate increased amounts of profits which the government of the UK would tax at a lower rate, and be able to repay the debts/liabilities earlier. Low interest rates will not last.

UK’s current account deficit has remained stagnant in its value over the last decade, by increasing exports, the value of the account would rise, leading to a stronger financial position.

Because of the rise in exports, the United Kingdom could potentially be able to provide citizens with better infrastructure such as better roads and fewer potholes. A better education system, increased funding for the NHS through a NHS tax, and other improvements in health care.

Increased tax’s can be used in ways which could help the less privileged,providing the local population with better facilities. This not possible on borrowed money.

What are some ways in which the UK can increase its exports?

The United Kingdom government should develop a special, lower tax policy for exporters.

One of the main exports of the United Kingdom is the automotive industry. This may change following the UK leaving the EU.

UK companies should invest heavily in marketing and advertising their products to the global market place.

The United Kingdom needs to increase its percentages of exports. As the richest 6 or 7 country in the world, exports are very low.

If you don’t look for customers, they will never find your business.

Our membership badge is widely recognised as the UK Directory for exporters. 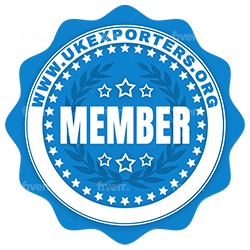 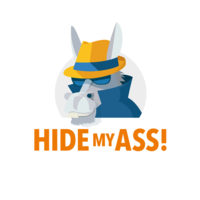 Why a Virtual Private Network is good for your security.

This place is available for UK companies